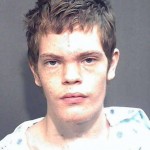 Back in November of 2011 18-year-old David Alyn Penney started taking pot shots in a neighborhood in St. Cloud, FL. He fired around 100 rounds from 2 AK-47s at 2 houses, 3 cars and finally 2 Police Officers who responded to the “disturbance”. One officer was hit in the foot and another suffered injuries to his eyes and face from glass as Penney shot out his windshield. The he shot himself. With and AK47. And lived.

Now Florida has what is called the 10-20-Life law which basically states that if you:

Show a firearm while committing many felonies you will be sentenced to at least 10 years in prison.

Fire the gun and you will be sentenced to at least 20 years in prison.

Shoot someone and you will be sentenced to at least 25 years in prison and possibly life.

However, the Ninth Circuit State Attorney’s office, which serves Orange and Osceola counties, negotiated a plea bargain with Penney. So basically Peney doesn’t face a single mandatory sentence under Florida’s 10-20-Life law for gun crimes. They dropped the attempted murder as well as all gun-related charges that have minimum mandatory sentences under Florida’s 10-20-Life law. Offering Penney a possible minimum sentence of just 8 years.

Actually the prosecution recommend eight years in prison followed by 10 years of probation.

Circuit Judge Jon B. Morgan sentenced Penney to what is effectively 22 years. 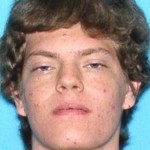 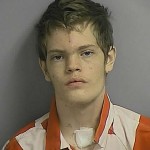 He should have bought lottery tickets. Didn’t get shot by cops. Didn’t die when he shot himself. Got off with 20 something years instead of life.